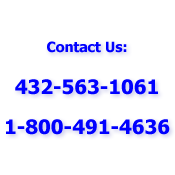 The Area Agency on Aging supports the Texas Silver-Haired Legislature (TSHL) election every two years. The elected delegates, age 60 and over, represent senior concerns to the state legislature.  The TSHL helps older Texans better understand the issues facing the community, state and nation.

The Texas Silver-Haired Legislature [TSHL] was created through the authority of Senate Concurrent Resolution 37, adopted by the 69th Texas Legislature in April 1985. It is made up of registered voters who are age 60 and over, who are elected by other registered voters in their area who are also age 60 and over. Members are elected for two-year terms. They receive no pay and are responsible for their own expenses. The TSHL is a unicameral, nonpartisan body consisting of 116 representatives from 28 areas across the state. TSHL members come from varied backgrounds with a common purpose: to establish the best possible environment for older Texans. The various committees analyze, debate and draft resolutions that are sent to the Legislative Action Committee for approval. They are then voted on and prioritized by the TSHL before being submitted to the Texas Legislature.

The Texas Silver Haired Legislature members from the Permian Basin are:

• Must be 60 years of age or older on January 1 in the year of the election. Must be a resident of the district in which candidacy is sought.

• Must be a registered voter of the State of Texas .

• Must be willing to participate in all activities that are required of a legislator.

• To help older citizens to view legislative involvement as a responsibility of citizenship.

• To help older Texans better understand the issues facing the community, state, and nation, and to develop a non-partisan forum for older Texans to debate senior issues and propose legislation to the Texas Legislature.

• To provide an opportunity to work for the passage of those resolutions by personal contact with members of both houses of the Texas Legislature during their regular and special sessions.

• To help older Texans to be better prepared to serve in various ways in their community. 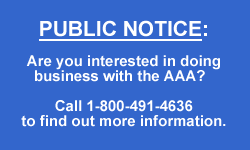 The mission of our Area Agency on Aging is to be the Permian Basin’s visible leader and advocate in facilitating services and opportunities that enable older citizens to be able to live dignified, independent and productive lives.